In the first part of our mini-series on the history of equestrian show clothing, we looked at the early years of riding when everyday clothing, or nothing at all if you were Greek or Roman, was worn.

By the time of the Renaissance dedicated equestrian clothing had been developed so that the nobility could wear the latest fashions even in the saddle. Across the Atlantic Ocean the clothing worn by cowboys was more practical, but still showed elements of its Spanish origins with the rowled spurs and wide-brimmed hat.

Now we're moving forward in history to look at how equestrian show clothing as we know it today has developed:

Much of the show clothing seen today originates from the clothing worn by military officers, who first invented or popularised equestrian sports. It was the military that developed riding as the art form we now know as "dressage" as soldiers needed to be skilled riders to participate in combat.

As we said in our previous article it is the Spanish conquistadors that cowboys have to thank not only for their horses but for their clothing and style of riding. Their clothing and tack had been adapted both for battle and for spending many hours in the saddle herding cattle and sheep.

In the 1860s this style of riding and clothing became popular in Europe and so the clothing became more elaborate and ornamental, much like the rhinestone shirts and cowboy hat worn by modern-day western pleasure riders.

After around 1795 fashions began to simplify, although there was still a wide range of colours and styles available for fashionable equestrians. Both men and women's styles were more tailored and functional rather than elaborate.

In fact, waistcoats and pockets were often false in order to reduce the number of layers needing to be worn by riders. Fashionable equestrians favoured red, green, or navy for their riding clothes, not unlike the majority of competition jackets available today.

Fabrics were usually wool or wool/silk blends, and although fabric technology has moved on since then, with an array of technical fabrics normally associated with the clothing for athletes making its way into equestrian fashion, the finest quality riding jackets found today are still made of wool.

Today, hunting attire is still the most traditional and conservative of all of the equestrian show clothing styles available. Dressage and western riding give riders the most opportunity to include some bling in their outfits. Western pleasure and showmanship providing the most creative licence for show apparel.

Although equestrian fashions have clearly evolved over the years riding clothing, particularly the riding jacket, still retains a core look that shows its origins and traditional purpose.

In recent years there has also been more of a move to encourage safety when riding rather than just following tradition, this has been particularly noticeable with riding hats as more riders are choosing helmets over traditional headwear such as a top hat or Stetson.

Two notable examples are World Champion dressage rider Charlotte Dujardin, who has won all of her titles wearing a helmet rather than the traditional top hat, and Nicole Aichele, World Champion Barrel Racer, who campaigns for helmet safety. 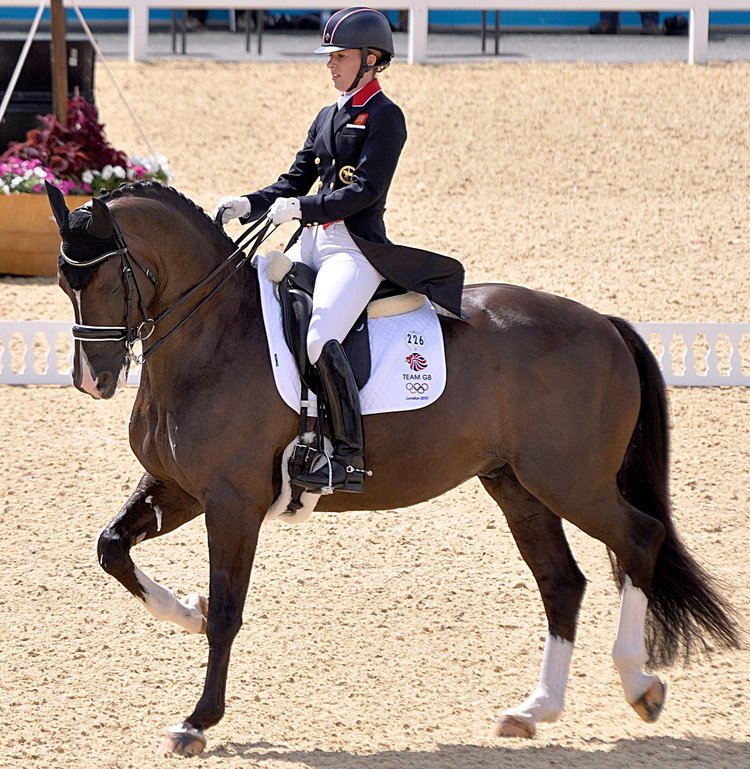 We're the only UK magazine that offers two great titles printed back-to-back, giving you the most comprehensive western and horsemanship magazines in one. That means you get both great magazines included in your subsc

Unlock all of the online articles for only £1.69pcm

Join like-minded equestrians and signup to receive articles, news and special offers direct to your inbox.

We have packed this issue with coaching articles from a variety of trainers and coaches to help with your horsemanship practice. In this issue, we have a number of articles focused on helping both you and your horse to improve confidence. Natasha continues her A to Z of confidence, this time focusing on Image, Jealousy, Knowledge and Luck. Freddy Steele has 5 Ways to Build Your Horse's Confidence and 5 Ways to Build Your Confidence.

We're now 5 issues into 2021, a year that has been almost as unsettling as 2020. The good news though is that the western riding community has been out in force at this year's western shows. To celebrate, with the help of Davies Photography, we have a great feature showcasing two of the end of year shows.

Tools for Building Your Riding Confidence

Are you struggling with your riding confidence? You are not alone, nearly everyone will be affected by a stage of low confidence. Here are our tips for working through low confidence to achieve the horse riding experience you desire.