Fireworks, love them or hate them, they now seem to be a year-round occurrence. Julie Doorne has been highlighting across social media, how this issue affects horse owners, and is campaigning for change to help keep us all safe.

When I was a child, we used to look forward to ‘bonfire night’ and the jacket potatoes, the sparklers, and Dad in the garden lighting the fireworks one at a time, allowing the audience to really appreciate the ‘Sparkling Fairy Dust’ or ‘Shooting Stars’. Taking them carefully from the biscuit tin and replacing the lid each time, as directed on the government information films. Remember, remember, when it was JUST the 5th of November? Oh, those were the days!

Fireworks now are a whole different ball game. There are cakes, barrages, mines and multi-shots - a new breed of firework, which are boxes of fireworks that only need one point of ignition. Light the blue touch paper and retire to a safe distance, to hear 60 shots (bangs) in 13 seconds. Is it any wonder that our animals become distressed? These barrages sometimes come out of nowhere. Maybe your neighbours are very considerate and let you know they are having a firework party in June? Maybe they don’t? Maybe they haven’t let the old lady down the street know, and now she thinks she is back in the blitz!

Some people really like fireworks, the louder the better and maybe I am a party pooper. I get all fired up about this subject and perhaps I shouldn’t, but I have heard such awful stories!

In 2014, I heard of two incidents in which friends' horses were put to sleep due to injuries sustained during unexpected fireworks. Then another friend who owns a stud, lost 2 foals, the mares aborted due to fireworks inducing stress. I had heard enough! I started a petition and the FAB firework abatement campaign was born out of that first petition. First, it was very much focused towards animals (horses being my first love), however, over the last 4yrs I have heard many stories of how random, unexpected firework use affects not only animals but people, who to date, have yet to be heard.

Although my campaign runs solely on social media, with no national newspaper or TV coverage, an estimated 750,000 people have signed the 3 petitions that have been debated in Parliament. The Change.org petition has attracted 374,000 signatures, and it is still climbing. I am sure this is a drop in the ocean, as not everyone (believe it or not) is active on social media.

The FAB campaign has never been about banning the use of fireworks, but about adopting a common-sense approach between those people who enjoy fireworks, and those whose lives (either theirs or their pets) are severely affected by unexpected displays. Unlike the government, I don’t believe 365 days of use versus 0 days free of use, is a fair and equitable balance.

Firework availability in the UK is now driven by advertising, all-year-round internet sales and high street stores dedicated to the sales of fireworks. The current firework regulations are no longer effective for the control of firework use. As long ago as 2004, the government spoke about “curtailing the creeping expansion of the season”. In the past 15 years, I believe it has crept far enough. Indeed it has moved to such a degree that the peak season now stretches from October to January. Use outside these months is not uncommon either.

So, fireworks…love them or hate them, I hope and believe that change is coming.

If you would like to give us your experiences or thoughts and support the campaign, you can find us on Facebook or Twitter - FAB firework abatement campaign. The change.org petition is still live, and I would really appreciate more signatures.

Please sign and share this new firework petition. I know it is out of season but this will prove it is not a knee jerk reaction and we have problems all year with random fireworks. Don't forget to check your emails and verify your signature - thank you.
There is no minimum age for signatures as long as everyone who signs can understand what they are signing and why. Two people can sign the petition using the same e-mail address so long as they live at the same address.
The last firework petition had reached over 300,000 signatures when it was closed early for the general election in November 2019. The Petitions Committee hasn't yet decided whether or not to debate. The more signatures on this new petition, the more likely there will be another debate so please make sure you've also signed this one. Thank you.
https://www.facebook.com/FireworkDamage/

It all started back in 2003 when I first came across a horse that will always remain dear to my heart. This particular horse’s mind was so messed up that I started to look down various avenues to learn as much as I could possibly absorb on horse behaviour, and the effects humans can have on them.

In 2015 Sandra Loder and her son Iain (then 13) set off on a riding adventure from Fort William to Inverness (approximately 75 miles), raising £2000 for The Sandpiper Trust in the process.

Retired journalist Ingrid Sofrin describes how she got back into Western riding after spotting a horse for sale that looked very familiar. 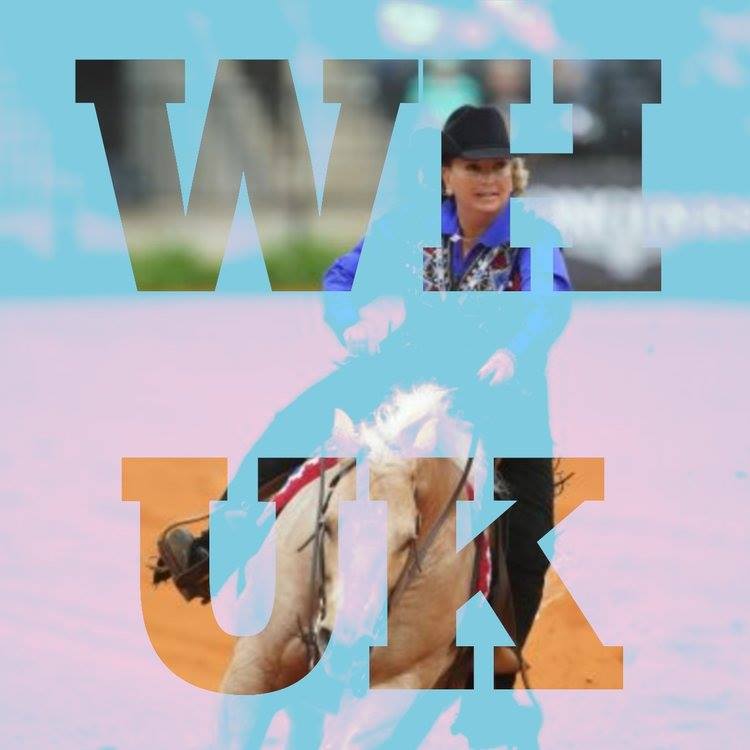 The 2018 WEG was originally to have been held in Canada, but 18 months ago due to financial issues, Canada pulled out - leaving the future of the WEG hanging. The horse park in Tryon, North Carolina offered to take the event and overnight it changed countries and venues.